Dental implants are a popular tooth replacement option. However, the implants that are in use today were developed by Dr. P I Brannenmark starting in the 1960's and came into use in USA starting in 1980. Prior to the modern "Root Form" implant we used subperiosteal implans or blade implants, these came out of favor as they were only available for patients missing all of their teeth. Did you know that centuries ago our ancestors developed primitive dental implant solutions? The history of dental implants dates back thousands of years.

Though our ancient ancestors may not have fully understood the health consequences of missing teeth, they still wanted to treat the condition. Take a look at some of these highlights throughout history:

By the mid- to late-1880s, it became clear that animal or human teeth would not work as long-term teeth replacement. Doctors began the search for a safe, effective material that was biocompatible with the human body.

In 1886, a doctor mounted a porcelain crown onto a disc made of platinum. Though this was the first attempt at a standardized dental implant, the material did not fuse to the bone, and the implant was rejected by the body.

In 1913, Dr. EJ Greenfield invented an artificial tooth root made from platinum and gold. While the shape was more similar to a tooth root, the device still failed to integrate with the surrounding jawbone.

During this time, other attempts were made using a variety of metal alloys. Unfortunately, all of them failed.

In the 1960s, Dr. Per Ingvar Brånemark, a Swedish physician, was conducting an experiment on bone regeneration. One day, he noticed that a titanium rod had completely fused to the femur of one of his subjects. This simple, unintentional discovery led to the most important turning point in the history of dental implants: osseointegration.

In 1965, Brånemark placed the first successful dental implant in a human volunteer. And the rest, as they say, is history. 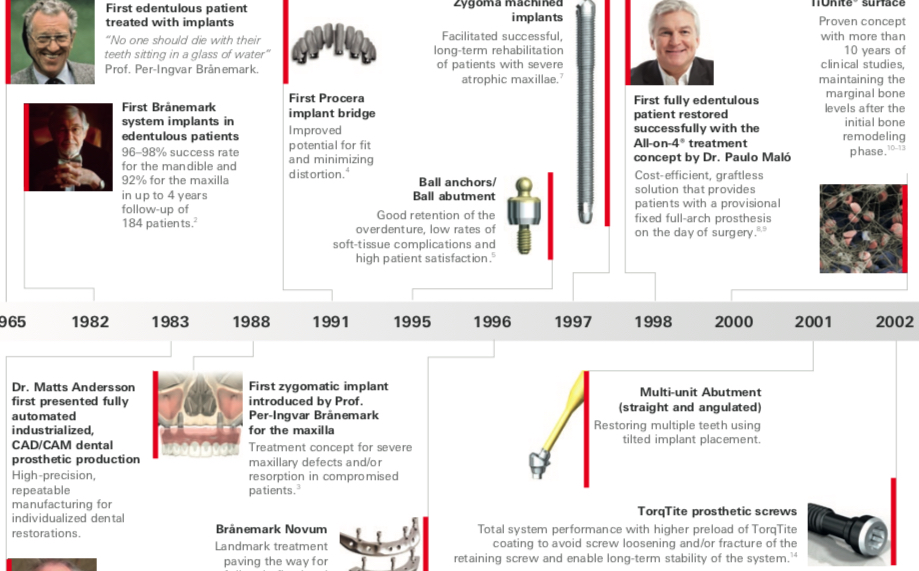 PI Branemark, presented his findings and decade of success in treating missing teeth with dental implants in Toronto in 1980. After this meeting Dental Implants became a treatment option for patients in the USA. Other major advancements in dental implant technology:

Even now, researchers are working to make dental implants even more reliable and successful.

To aid the osseointegration process, the surfaces of the implant posts are often roughened using sandblasting or acid etching techniques. This creates micropores in the implant and allows bone tissue to grow into these areas, creating optimal stability. 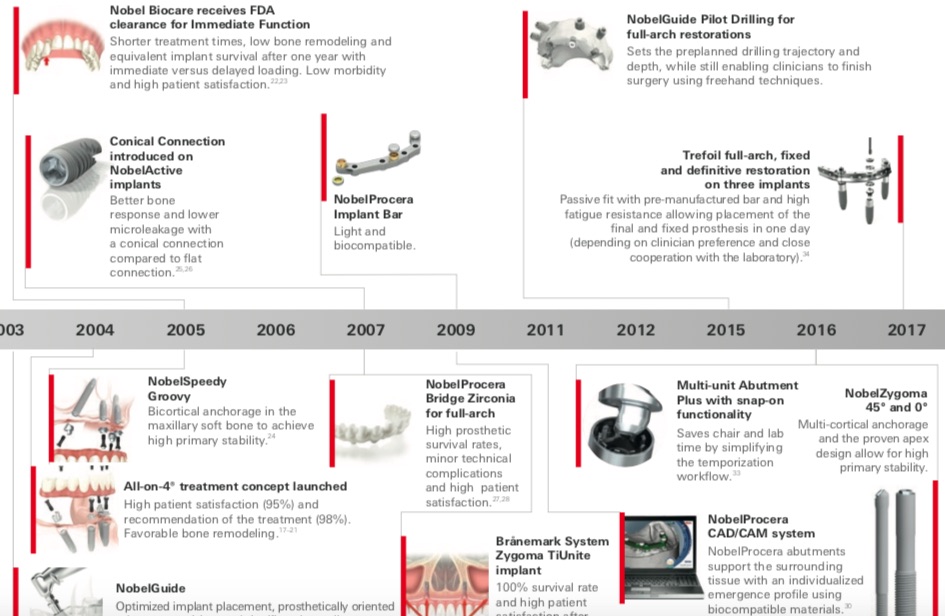 Fortunately, we have come a long way from hammering copper pegs or seashells into the jawbone. If you are in search of a dependable tooth replacement option, consider dental implants. To learn more, or to schedule an appointment, call us at (806) 803-9219 or contact us online anytime.

*Disclaimer: results are not guaranteed, may not be permanent, and can vary per individual. Some images are of models, not actual patients.